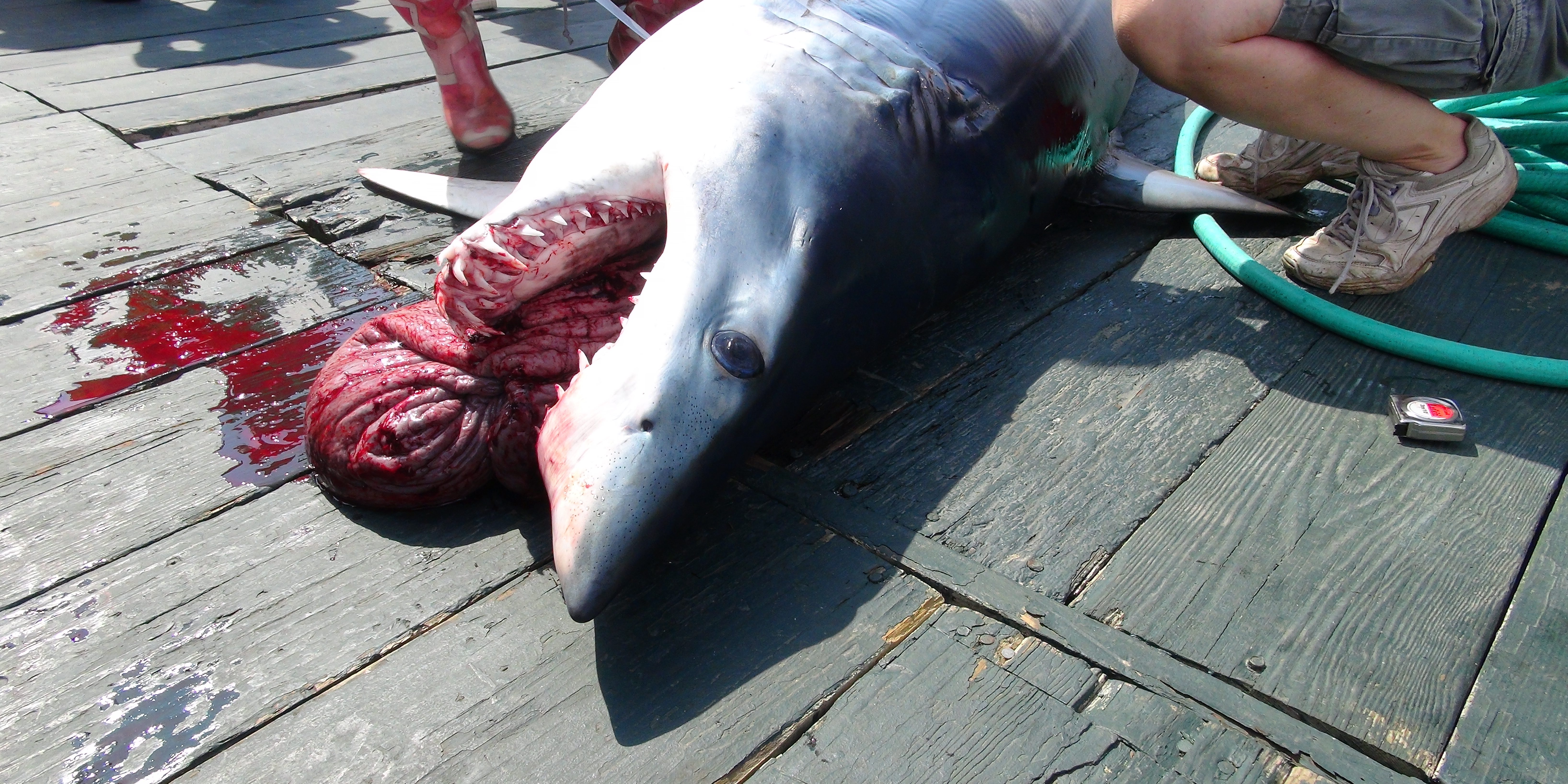 MyBookie, an online sportsbook, came up with an idea for gamblers to place wagers on the summer migration patterns of nine great white sharks. The company’s website hopes to place odds on each shark’s travel itinerary. That data will be provided by Ocearch, which operates a free website that tracks shark migration. Ocearch and MyBookie are now negotiating to see if they can set something up.

Some conservationists worry about the ethical implications of merging gambling and ocean conservation. I am in favor of it for several reasons.

Real shark gambling has gone for years in the form of shark tournaments. Boats wager tens of thousands of dollars to determine who can catch the biggest shark. Scores of boats head out on weekends and come back laden with dead sharks. The boat winners are paid in some cases $100,000 to $200,000 for the heaviest shark. The losers are the sharks that end up in landfills; however, people lose out as well.  There is a real environmental cost to these tournaments when sharks are removed.  For example, mako sharks are routinely killed in these tournaments.  As crucial apex predators, they roam across the entire Atlantic Ocean keeping it healthy for commercial fishing. The IUCN classifies these sharks as endangered.  You can read about the evils of these so-called tournaments in my book, Emperors of the Deep-The Shark.  https://emperorsofthedeep.com

Is this the kind of shark gambling that society wants that ends up with so many losers? I think that gambling on shark migrations makes a lot more sense. Sharks are not killed, and people get to know something about sharks.

So let’s bring shark gambling into the modern era. Ditch the lines and put it online.