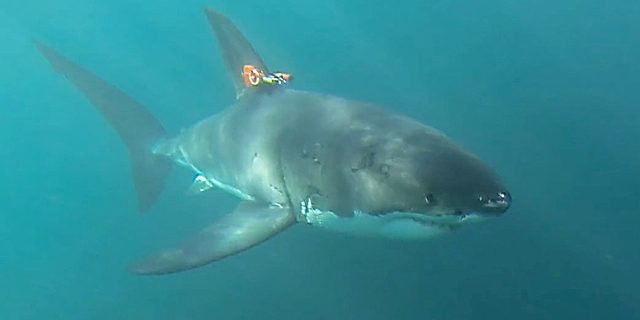 Animal-attached cameras are an excellent way to understand animal behavior, particularly with sharks. A camera fitted on top of great white sharks recently revealed some new information about them. The old belief was that they are strictly open-water attack predators. A new discovery shows another aspect of great whites which they hunt in kelp forests. Cameras showed great whites powering through the densely covered kelps beds of stipes and fronds to hunt their favorite meal, the seal. Previously, it was assumed that great whites did not enter those areas to avoid being entangled.  Scientists need to reevaluate the role of the kelp forest as an important habitat for white sharks. Kelp beds off California are suffering from warmer oceans. With this new knowledge about the kelp and great whites, society needs to protect the kelp beds in order to save great whites and other species that rely on this habitat.